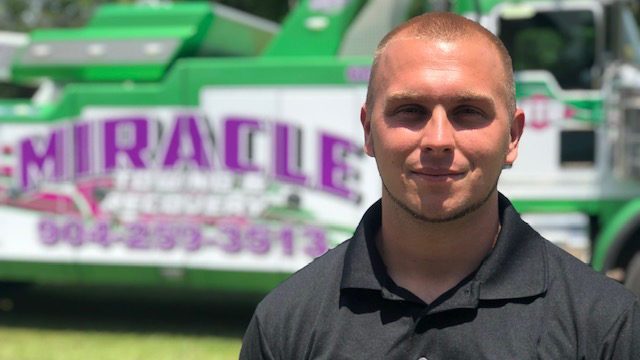 A tow truck operator in Baker County, Fla., is being credited for a “miracle” after rescuing an elderly woman stranded in her car that had plunged into a creek. According to a news report, operator Chris Miracle was responding to a call at approximately 2:15 a.m. when he saw flashing lights in thick brush and returned to investigate.

He found the woman sitting in the car after it had left the roadway and crashed. Miracle, an employee of his family’s business, Miracle Towing and Recovery, and a volunteer firefighter, called for rescuers and winched the woman’s car to the roadway. She was later released from a hospital reportedly doing well.