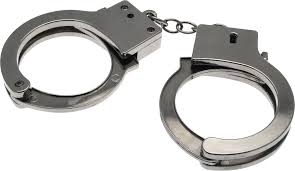 Nasher was killed Monday, June 17, in San Mateo County, Calif. Pekipaki was killed the following night in the same area. Both men were responding to late night calls for service within a 24-hour period and both died by multiple stab wounds.

Police were investigating Nasher’s killing when they discovered Pekipaki yelling for help on the ground near the scene of Nasher’s death.

According to news reports, investigators also found Dosouqi at the scene, who attempted to escape by driving his vehicle toward deputies. A deputy fired shots, none striking the vehicle or the suspect. Dosouqi drove into a ditch and was arrested. He was in possession of a large knife, a news report stated.

Police are investigating whether Dosouqi called the two men to the remote location. If he is charged with the crime involving multiple victims he could face the death penalty according to the San Mateo County District Attorney, who also stated that Dosouqi’s mental health could play role in the case against him.