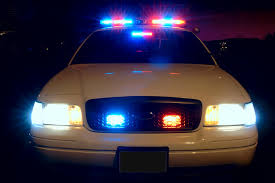 Houston police have identified a person of interest in the murder of tow operator Augustin Martinez, 48, who was shot following a verbal altercation on Wednesday, Oct. 23.
Martinez was able to take a photo of the two suspected assailants prior to the shooting. The suspects, riding in a red 2004 Ford Explorer with Texas license plates BH05601, fired into the tow truck, striking Martinez and a customer also in the truck cab. The customer survived his injuries. Martinez attempted to drive away from the scene in his truck but died a short time later.
Police identified the person of interest as Idelfonso Gamez Torres, 42, who was last seen driving the Explorer connected to the crime. Torres has not been charged, and police said that he has fled or might flee to Mexico.
Police ask that anyone with information to contact the HPD Homicide Division at 713-308-3600 or Crime Stoppers at 713-222-TIPS.
← International Truck Introduces High Visibility HV SeriesBenefit Planned for Injured Wisconsin Tow Operator →
- Advertisement -