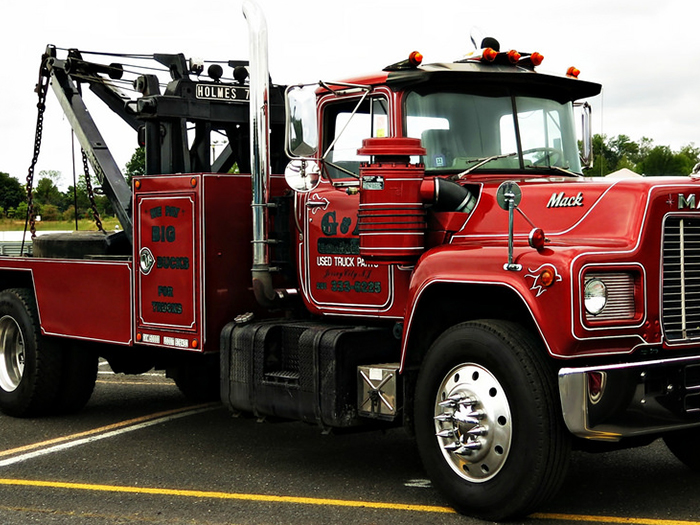 Talking about the Holmes 750 is one of my favorite topics because that one wrecker, and its little brother the 600, moved T & R from prewar to postwar with many improvements.

One of the most common complaints from towers who bought a 750 for the first time was that the wire was defective. In fact, the service wire was intentionally downsized and therefore the weakest link in the overall recovery operation. Indeed, better to break the wire than bend the boom, trash the transmission of deform the mast. Yes, we replaced a few service lines but that was more about customer relations than anything else.

And that smaller wire introduces the need for snatch blocks because if properly placed, the pulling power is virtually doubled. This procedure alone required some backbreaking work; pulling the service lines out, dragging or carrying the snatch blocks and then placing them in the most effective position (which was never lying flat on the ground because that was the easiest of all options). For this and other related reasons it can be said that the Holmes 750 made men out of boys and successful towers out of men. Indeed, the 750 was very powerful (and the 600 a little less so) but required manual labor on almost every task.

But it was (and still is to a great extent) an innovative machine. With the vertical mast the service line could recover almost throughout the 360 degree circle. And, more than once, the 750 had to recover itself from the bog after it had hooked on to the original casualty. The side recovery was first made possible through the use of an adjustable stiff leg, thus allowing the load to be transferred from the recovery casualty through the wrecker to a tree or dead man on the opposite side. This meant the wrecker was capable of recovering loads that far exceeded the weight of the wrecker itself.

There’s more, much more, but I just wanted to reaffirm that Mighty MO was much more than a pretty paint job.